Freedom – We still cherish that, right? 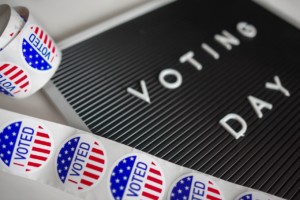 Freedom of speech is vital to our democracy.  However, in the latest wave of bullying by the Albany political power brokers, a proposal to dismiss the will of the people has been offered by none other than the Democratic State Chairman himself, Jay Jacobs.

Jacobs has challenged fusion voting – the practice by which candidates are able to pool votes received on all ballot lines – in his role on the Public Campaign Finance Commission. Despite this having nothing to do with the charge of this commission, Mr. Jacobs has persisted.

Jacobs has suggested eliminating fusion voting, or at least making it harder for third parties to be established. While we won’t speculate on motivation, Mr. Jacobs is a very close ally of Governor Cuomo.  But is fusion voting really the problem with Albany?  Let’s think about that for a minute.

To become an official Party in New York and have automatic ballot access, a Party has to receive 50,000 votes for their candidate for Governor. That would mean getting more people than the entire population of Binghamton to vote for your candidate! Already a tall task, Jacobs wants to see that increased to 250,000 voters. This move could silence a number of smaller parties and ensure their voices are squelched at a time that we need it more than ever.

Jacobs proposal, if adopted, would mean that based on the 2018 election, the Working Families, Independence, Green, Libertarian, and SAM Parties would all be eliminated, rendering those voices mute. Beyond the fact that this is an absurd proposal that limits the freedom of expression we treasure in the Empire State, nearly 2/3 of New Yorkers oppose this proposal according to the Public Policy Institute.

Remember this the next time you’re asked to support a politician.

About the Author: Tim Dunn

For more than 15 years, Timothy Dunn has advised political, business, entrepreneurial, academic and nonprofit leaders on strategic decision-making, branding, and communications. He currently serves as an advisor and consultant on communications, marketing and business strategy to clients in the technology, healthcare, hospitality, real estate, and non profit sectors through his firm Dunn Strategy Group, LLC. Learn more at UpstateJobs.org/leadership